Not Ottawa related, but Fashion related. This fashion film parody for Vena Cava is truly amazing, not to mention it stars the great Lizzy Caplan. Enjoy:

Because it’s starting to get way too cold.

I’ve noticed that the androgynous look from the mid to late 90’s/early 2000’s is hitting the runways and streets again in a more grungy, less clean-cut version. This trend is being excelled right now in part to the film adaptation of Stieg Larsson‘s novel “The Girl with the Dragon Tattoo“, and as I’m sure all you fashion loving people out there already know, H&M is even doing a whole line of clothing based off of the main character:

I personally am really excited to see how this line does at H&M. Especially since H&M is an extremely accessible retailer and the runway trends they translate into their affordable collections become seen all over the streets of many major cities, including Ottawa. If this line does well, expect to see this trend continue.

I feel like the new, 2011 (soon to be 2012) vision of Androgyny has extended itself from the original in a few ways, and I think that is simply because men’s fashion has changed as well since the 90’s. Androgyny to me now means, adoring soft dresses and tops with hard details such zippers, studs or leather, lace up combat boots or motor boots with hard metal details, disheveled leather jackets and hair, and of course, tight, worn out pants.

So, buy yourself some combat boots, and watch this music video for “Androgyny” by the classic 90’s band Garbage. I love all the outfits worn by Shirley Manson throughout the video, and the whole thing makes me want to do a line of coke in the bathroom and kiss a bunch of people:

And in case I don’t post before 2012, have yourselves a badass New Years, don’t do break any hearts and don’t break anything expensive.

Just because it’s been that kind of day.

I love scarves, as I’m sure you do too. So check out this really adorable and helpful YouTube instructional video on 25 different ways to tie a scarf. Perfect for this cold weather we should be getting soon. I personally am over all this rain and am ready to embrace some softly falling snow.

I found the video on one of my favourite blogs of all time, Jezebel, check them out! 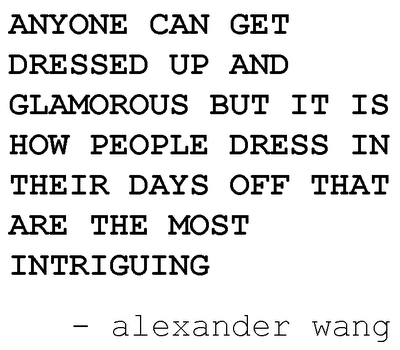